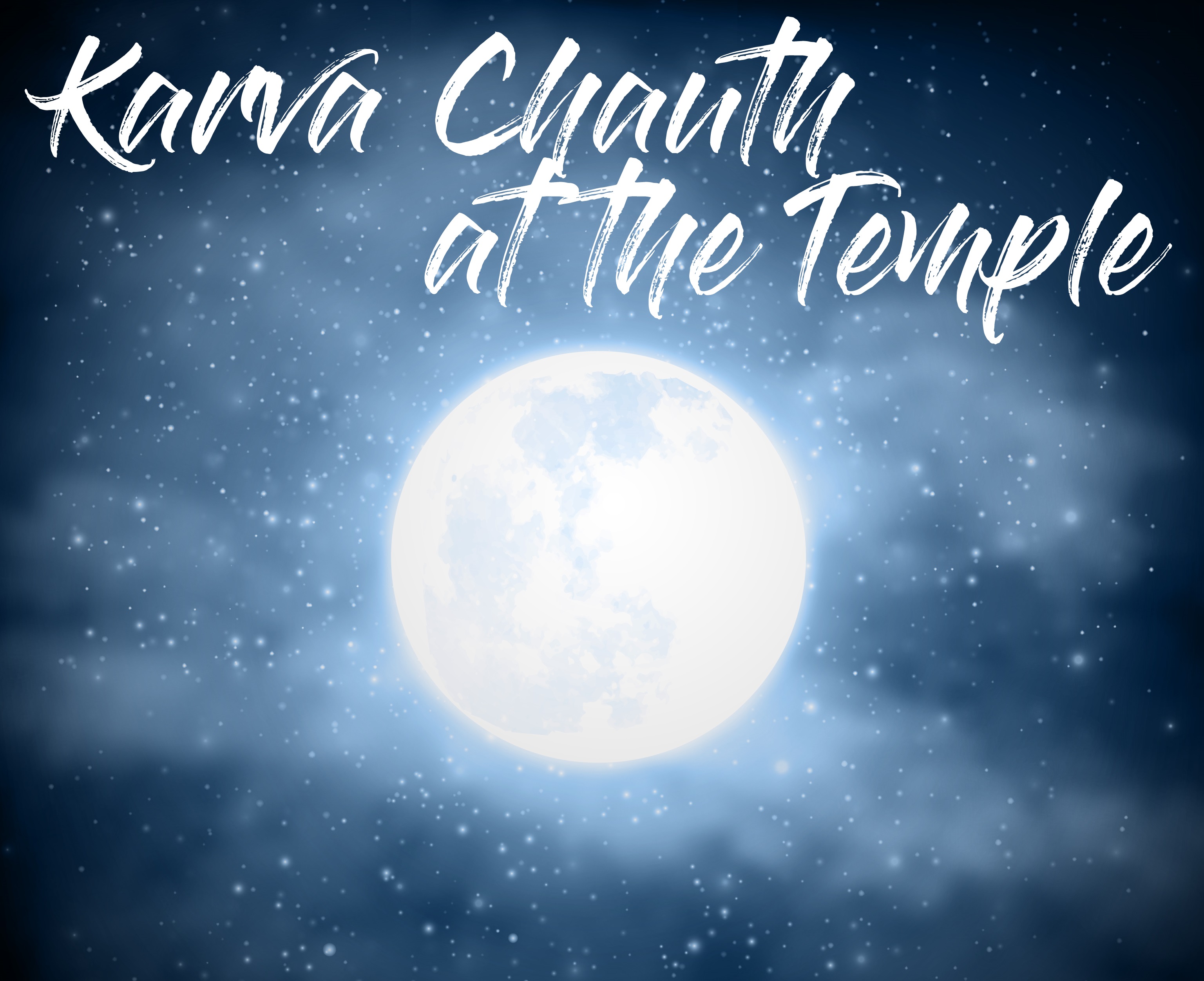 Today we are celebrating a very important and great love sharing day of Hinduism which is as most of all know Karwa Chauth.
The Hindu festival Karwa Chauth is a celebrated with great enthusiasm and fervour among married women. On this day, women keep a 'nirjala' fast -- which literally means fasting in which even water isn't consumed from sunrise till moonrise. Women fast on this day to pray for the safe and long life of their husbands, though these days many husbands too observe the fast along with their wives for a similar reason.
According to the Hindu calendar, Karwa Chauth is celebrated on the fourth day after Purnima in the month of Kartik. On this day, married women dress up in new clothes (preferably red which signifies a happy married life) and apply mehendi on their hands as a part of the festivities. Women observing this fast get together on this day and celebrate it by narrating folk tale, reading Karwa Chauth Vrat Katha and singing folk songs-- all of which make it a lively festival. Women also worship Goddess Parvati in the Karwa Chauth puja followed by Lord Shiva, Lord Ganesh and Lord Kartikeya. The fast is later broken after having a glimpse of the moon.
Though this Hindu festival is celebrated by women across India, it is particularly celebrated in northern region of the country which includes the states Punjab, Haryana, Uttar Pradesh and Himachal Pradesh.
There are various stories and legends behind celebrating this festival.
The story of queen Veervati:
The most popular story is that of the beautiful queen named Veervati, who was the only sister of seven loving brothers. She spent her first Karva Chauth as a married woman at her parents' house. She began to fast after sunrise but by evening, was desperately waiting for the moon to rise. She couldn't put up with the thirst and hunger any longer. Her brothers were anguished to see their beloved sister suffering with thirst and hunger undergoing the strict fast for Karwa Chauth. They begged her to break the fast but she refused. Seeing her in distress, they tricked her by placing a round mirror in a Pipal tree, which made it look like the moon had risen. A false moon was created to convince her that the moon came out. So, Veervati fell for her brothers' tricks and broke her fast. The moment she sat down to eat word arrived that her husband, the king was dead.
The story in Mahabharata
Another legend behind observing a fast for the well-being of your husband goes back to the Mahabharat-era. It is believed that Draupadi had also observed this fast for the safety and long life of her husbands. The story: When Arjun had gone for penance in the Nilgris, the rest of the Pandavas faced many isues in his absence. That's when Draupadi remembered Lord Krishna for his help, who reminded her that on a similar situation earlier Goddess Parvati had keot a fast for Lord Shiva. Inspired by this, Draupadi too keeps a fast of Karva Chauth with all its rituals for her husbands. And consequently, the Pandavas are able to face their problems and overcome them.
The story of Karva
Another popular tale in the legend of a woman named Karva who was a devoted wife. The story: Once whiole having a bath in the river, Karva's husband was caught by a crocodile. In order to save him, Karva tied the crocodile with a cotton yarn and asked the God of death- Yama to send the animal to hell. When Yama refused, she threatened to destroy him with her curse. An afraid Yama then sent the crocodile to hell and blessed Karva's husband to have a long life. And so, Karva and her husband lived happily together.
Significance and important of Karva Chauth
Karwa Chauth is a significant day in the lives of Hindu women. On this day married women observe a day’s fast and pray for the longevity of their husband’s life. Adding to the spirit of festival are decorated markets, where women enjoy their shopping spree.

Karwa Chauth has received a more religious undertone because of the various items that are offered to the Goddess Parvati and a didactic story that is narrated by an elderly woman before the fast is over.
Wish you all a very Happy Karva Chauth May Gauri mata bless you all and all your desires come true in your life
Radhe Radhe